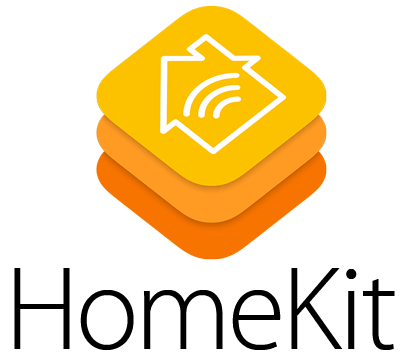 Tech blogs and Apple review sites had much higher expectations for Apple TV from the last WWDC (World Wide Developers Conference) causing many to ponder if Apple pulled the Apple TV refresh of new hardware due to delivery concerns (apparently something Apple is known to do when new products are ready by showtime).

One noticeable side-effect of this was the very awkward discussions around HomeKit – Apple’s big move into home automation. It seemed like a big gap in the announcement, which I believe drove Apple Music to be the (quickly inserted) ‘One more thing’ versus just another portion of the main Keynote.

So without further delay…

Allow me to predict how amazing your Apple/Home life will be once the new Apple TV with HomeKit integration is released:

1. The introduction of tons of new HomeKit enabled devices, ranging everything from a slew of home security, cameras, and lighting devices, to really obscure niche tools like small sensors that alert you on your iPhone when your plants need watering.

2. AppleTV will make the home IOT (Internet of Things) more connected by orchestrating your various connected devices into easy to design and use ‘scenes’.


3. The Apple TV will be the orchestra maestro of all of your connected devices, using ZigBee protocol. This will (in conjunction with iCloud) allow you to control any of your household devices from anywhere in the world in a secure fashion, and also allow you to receive feedback from those devices when away from the home.

4. Siri will be home. With the addition of an integrated wide area microphone Siri will be available anywhere in ear-shot of one of your Apple TV’s, like a omnipresent assistant to not only do voice activated queries like she does on the iPhone, but control your devices and scenes as well as provide feedback from all of your HomeKit enabled devices.

5. Apple’s already large number of communication methods (phone calls, iMessages, FaceTime audio/video, Twitter) will all be able to (as desired) reach you when you are in your home in subtle ways, like having a certain lamp in the house flash when you are mentioned in a Facebook post of a friend, or having the TV turn on and ask if you want to take the FaceTime voice call from a co-worker.

6. Games & Apps on the Apple TV (with a slew of future 3rd party controllers) will create a massive market-place for apps built for use from the living room sofa. I believe this will be a huge market – as games like AngryBird burst off the small screen to run natively on the 60” curved Samsung monitor wall mounted in your den. This massive move will be a wakeup call for console developers and a new wave of innovation around iOS app development.

7. Using “Find my Friend” iPhone location technology and CarPlay your HomeKit scenes can be activated when you arrive home (think lights, music, temperature control) and likewise when you leave (think self arming security systems, and other monitors that keep you in touch with your home’s digital brain when your away.

And I think that will only be the beginning – one 3rd party developers begin to bring their creativity and ingenuity to HomeKit you iOS-home life will simplified and enhanced in ways no one can dream of…(at least not before they are release), like even dictating your latest tech blog entry post from your living room as you think while you pace circles around the living room carpet.

Its gonna be a fun future 🙂